The Palms At Nocatee

Search for Homes For Sale In The Palms at Nocatee on our interactive map updated from the Northeast Florida Multiple Listing Service. The Palms is located in the Nocatee community of St Johns County FL about 5 miles from the beach. With an excellent location just a short drive to Mickler’s Landing, The Palms is always low in supply and high in demand. Schedule a showing with our agents today.

Nearby Homes For Sale

LET US SEARCH NEW LISTINGS DAILY FOR YOU

The Palms At Nocatee Schools

If you’re searching for houses for sale in The Palms at Nocatee community you probably are interested in what amenities are included with the HOA fee. 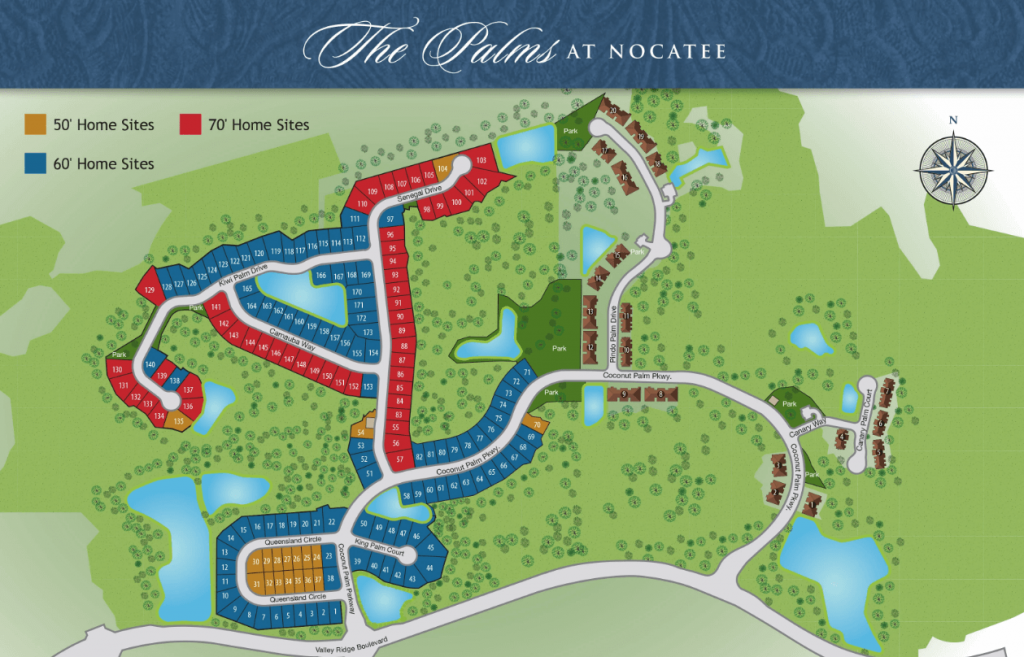 Welcome back again my name is Cory Weikel. I am a realtor in st john’s county in Jacksonville Florida today we’re going to do a neighborhood tour of The Palms at Nocatee. So we’re starting off here there’s a pond on the right-hand side and then we’re going to have some townhomes. The first portion of this is going to be townhomes and then the next portion is going to be single-family. So if we’re talking about one overall there are no active listings right now February 9 2021 for The Palms.

However, the past year there have been 47 sales so it is slow right now for The Palms but they do come on the market of those 47, 27 were single-family and 20 were townhomes. So when we’re talking about the actual townhomes they’re going to go for over $300,000 for the larger townhomes and then for the smaller townhomes which are roughly about 1300 to 1400 square feet they’re going for the high $200ks right now. The market has been extremely tight and it’s pushed a lot of the prices up so we’ll see how that rebounds and go a little bit lower once the interest rates rise after covid or at least after the vaccines go through and the interest rates start going up again.

When we’re talking about HOA and CDD fees, so HOA for the townhomes is going to be around $2,500 a year and the CDD fee is an additional $1,700 a year. If you see the townhomes, there are two different types. There are the larger, as I call them single-family townhomes, that have a two-car garage and then there’s also the smaller ones which are single car garages and we’ll talk about the actual amenities when we get to the homes and after I go through the HOA and CDD fees there.

But as you can see landscaping it’s you know all perfect all these townhomes are all the same roughly built by Dream Finders a handful of years ago or a few years ago. There’s not going to be a designated pool inside The Palms, you will have the Nocatee facilities that we’ll talk about those amenities but as you can see on the left-hand side here we have the single garage units and on the right-hand side the double garage units. So those are kind of the and in front of us the double garage so those are the difference between the big ones and the small townhomes. So there’s a little pond there and then we’re gonna start getting into the single-family homes. So before we do that on this right-hand side there is a small little park with some grass area and a very small playground nothing big but that’s awesome. Mailboxes are here.

We are with the single-family homes something that you’ll notice right away about The Palms that’s different than other communities in Nocatee is going to be the fact that The Palms homes don’t look exactly the same. You’ll have wood siding and then you’ll have stucco siding and then you’ll have different colors. You’ll have the tan ones, you’ll have some blue ones, so it can be a little confusing because much of all of the other Nocatee is all very the same, you know same builders just doing very standard stuff. So it can be a little weird when you do that but there’s also ones that have you know brick, brick with the stucco, and brick with the siding. Personally, I think brick and siding don’t necessarily go together but people do like it and people do have them. When we’re talking about the homes here we’re looking at high $300,000 to just below $500,000 currently.

HOA fees for the homes are $760 dollars annually and the CDD fee is going to be around $2,300. As you can see just on that right-hand side there was like a Tuscany-style home which is very weird next to some of these other ones. Again on the right-hand side, you’ll see it and it’s just very weird considering how most of the other areas in Nocatee are very much the same type of houses everywhere.

So location wise like we talked about that we’re going to get into the amenities now the amenities we have the Nocatee ones, we got a water park which you know has a lazy river, has water slides, there’s the four-story spray park; you know your kids will absolutely love that if they’re young. You got tennis courts, you got basketball courts, you got sports fields but you need to realize that you’re sharing that with almost all of Nocatee which is huge and is continuing to build. You know they just keep expanding it, so it is going to be interesting how crowded are those facilities going to get. Is it going to be you know where you don’t even want to go because it’s too crowded? So that’s something to think about but the amenities are pretty amazing and that’s kind of the contradiction between Beachwalk. Whereas Beachwalk has you know fewer homes than Nocatee is going to have, so are their facilities going to be you know less crowded and easier to access and stuff like that. So it is something to think about but again the amenities are amazing from just looking at what they give you.

Location-wise, so you are about three miles from the community amenities. So three miles from the water park, a little bit farther to the splash park and the sports fields as well. However, you are also going to be about two miles away from the Nocatee Town Center which is where you’re going to do probably most of your shopping. There’s a Publix for your grocery store shopping, there’s a Starbucks if you want coffee, Vystar bank is there as well. There’s also a handful of restaurants, quick service, fast food and also sit down at restaurants as well and there are also shops there in addition to those. And they are building more, so there’s always going to be more as well so. Thanks for watching guys. I appreciate it, subscribe, like, comment below if you enjoyed this drive-through. I appreciate it thanks bye.

Thank You! We'll send you listings right away.